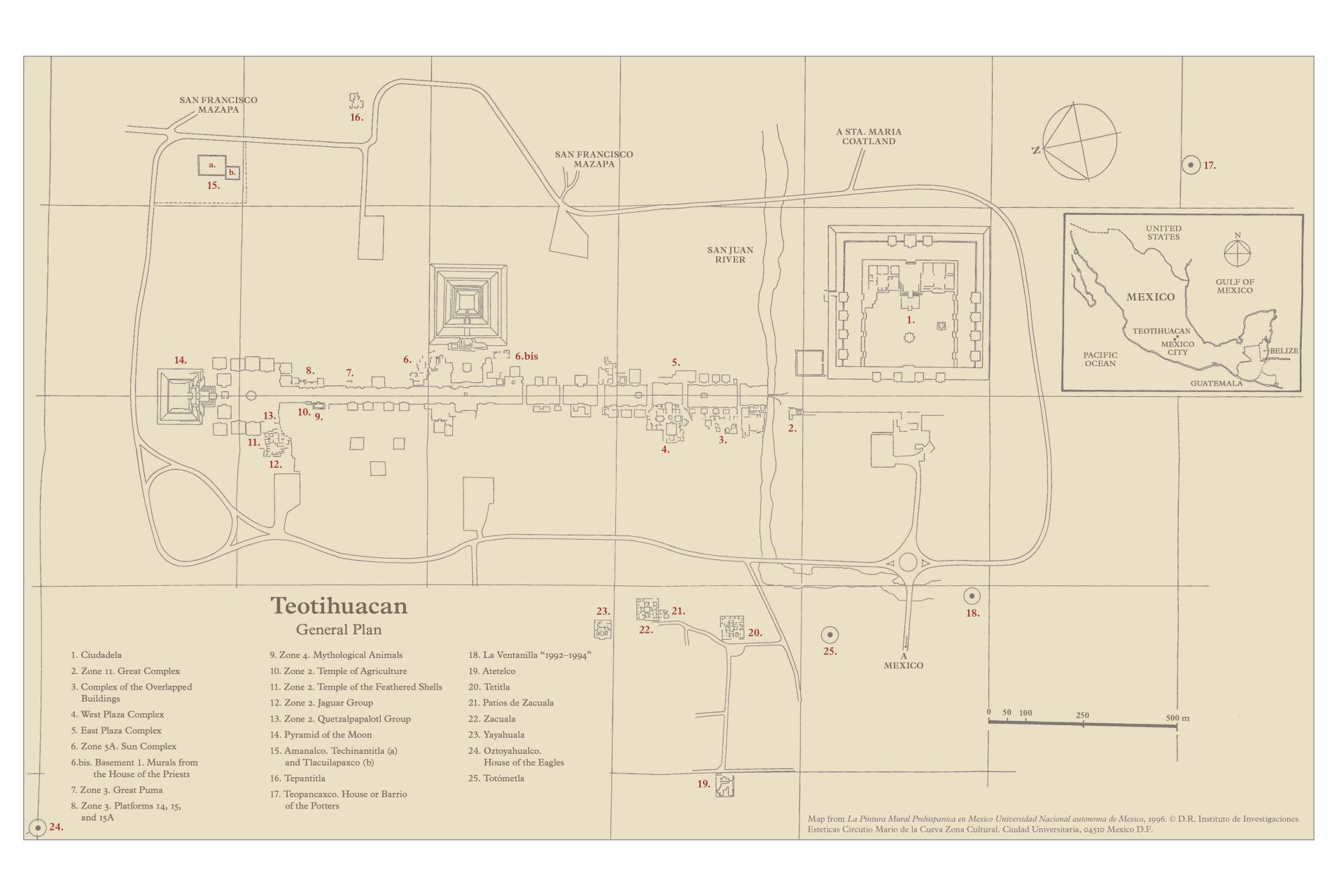 Created for The Painted City: Art from Teotihuacan (LACMA 2014)

At its apogee, circa AD 350–550, Teotihuacan grew to be the sixth-largest city in the world.  Located in the basin of Mexico, a highland valley ringed by active volcanoes and fed by underground springs, Teotihuacan by the first century had emerged as an urban center. City planners delineated an urban plan attuned to the surrounding landscape, using as anchors prominent topographical features, such as Cerro Gordo, peak located at the city’s northernmost point. The city’s central avenue, the Avenue of the Dead, bisects the ceremonial core and connects the principal buildings along a north-south axis. As the city’s population boomed in the fourth century, apartment complexes were erected across the valley floor, expanding the city’s borders. These brilliantly painted single-story multiroom structures accommodated a fast-growing middle class made up of merchants and artisans arriving from across the region.

During its peak, Teotihuacan attracted artists from across Mesoamerica, but, as the murals and ceramics attest, Teotihuacanos developed a distinct visual language. Unlike the Maya, Teotihuacan artists downplayed individual identity in favor of standardization. Bodies, animal and human, are depicted as a series of flat expanses of color, forms rendered in a saturated palette devoid of shadow. The standardization of forms has been interpreted as a corporate aesthetic, a movement fostered by the state to create a collective civic identity in the face of a growing immigrant community.