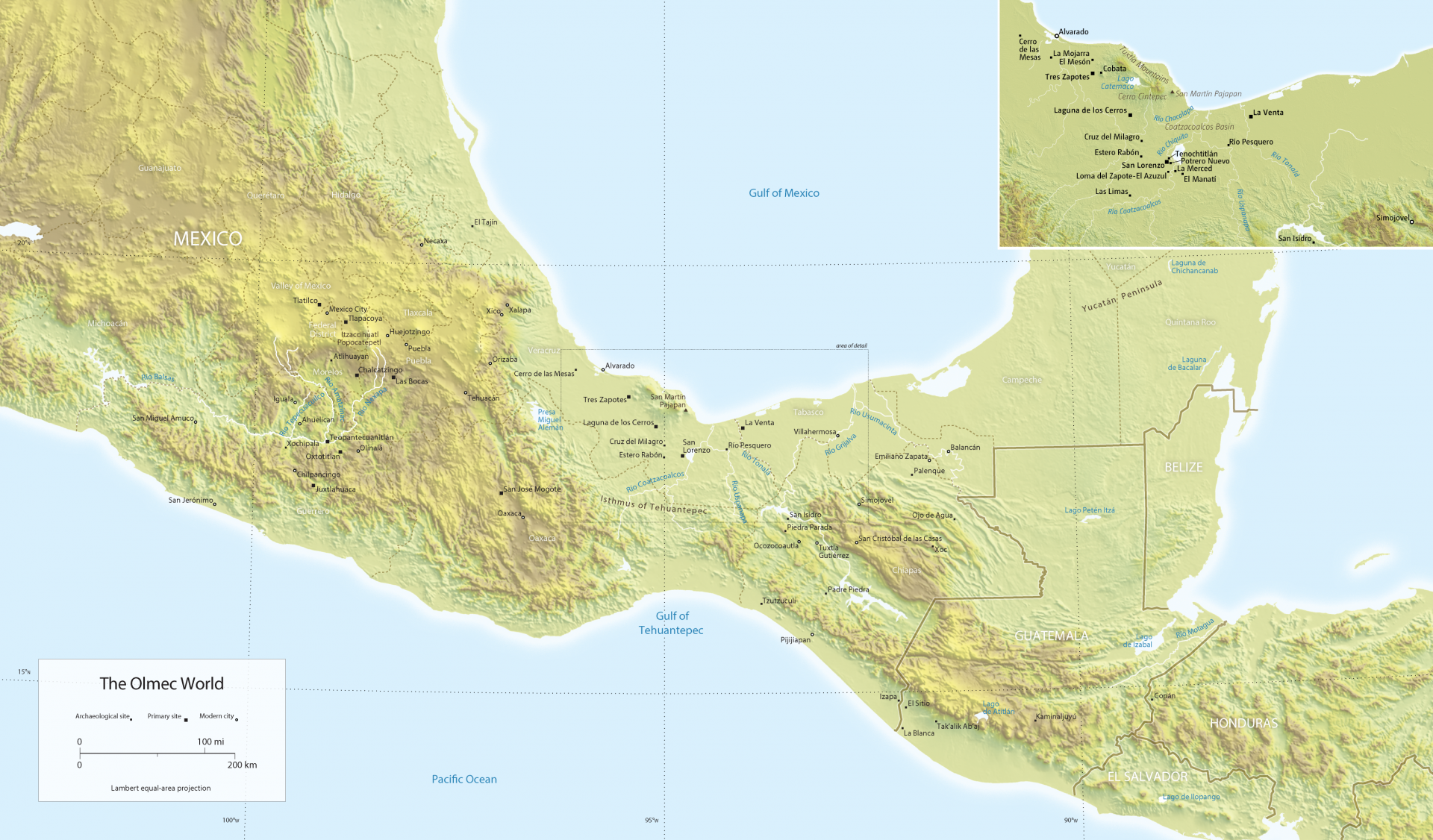 Olmec civilization, which began sometime around 1400 BC, was centred in the Gulf Coast states of Veracruz and Tabasco. Olmec architects and artists produced the earliest monumental structures and sculptures in Mexico, including enormous basalt portrait heads of their rulers. The colossal sculptures in the exhibition weigh between 7 and 10 tons each.

Olmec: Colossal Masterworks of Ancient Mexico, was co-organized by Mexico’s Instituto Nacional de Antropología e Historia, LACMA, and the Fine Arts Museums of San Francisco. The exhibition at LACMA was the first presentation on the West Coast of the colossal works and precious small-scale sculptures produced by Mexico's earliest civilization.